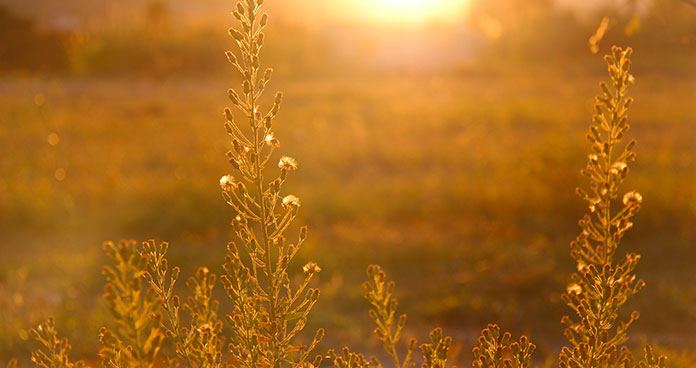 In his informative news podcast The Briefing, Al Mohler noted two articles that appeared ironically together on the front page of the New York Times on June 17th. One described an emerging discussion about gender reassignment surgery, saying that “the question is no longer whether gender reassignment [surgery] is an option, but instead how soon it should start”. As Mohler says, this article is shocking and heartbreaking at once, because it describes how medical professionals are more and more willing to perform extensive and irreversible gender reassignment surgeries on younger and younger people, as early as 16 or 17 years old. What is most heartbreaking is the reality of the inner turmoil and anguish that these young people must be experiencing to undergo such drastic and traumatic procedures at such young ages.

The second article on the front page of Thursday’s Times was about Rachel Dolezal, who is now at the center of a cultural storm for identifying and presenting herself as an African American woman, even being the head of a local branch of the NAACP, without having any African American heritage—as far as her heritage/genetic makeup goes, she is white. But when pressed, she described her identity as “transracial”, saying “I am definitely not white. Nothing about being white describes who I am”. Dolezal’s self-identification has been met with sharp criticism and even incredulity in the culture at large; her transracial claim has certainly not received the cultural embrace that the transgendered claim has.

What is ironic is that these articles demonstrate completely different responses to the same fundamental issue—the right of someone to self-determine and self-identify in contradiction to biological reality. According to current American culture, someone who is biologically a male can identify as a female and rightly demand that you treat them as such, but someone who is biologically one race is wrong, even malicious, if he or she chooses to identify as and ‘impersonate’ another race.

INSANE, BUT NOT NEW

Of course this distinction contradicts itself as any non-biblical worldview will do, but it reveals the insanity of a central principle and value in our society: self-determination and self-identification. In the transgendered issue, we have somehow decided that a fundamental right of human beings is to be anyone or anything they want to be, even if that contradicts biology or reality. But the Dolezal story raises the question—just how far will we go in our pursuit of self-determination? Just how far will our culture go down this road of denying reality for the sake of self-actualization? Up to this point in time, someone who consistently identified themselves as an animal or a person from history or fantasy would most likely be put into psychiatric care. How long until such people are on the front page of the New York Times?

Self-determination and self-identification, though insane in the end, are nothing new; they are a fundamentally human and especially American pursuit. We’ve gone from the Tower of Babel to the American Dream—where if I work hard and do the right thing I can be wealthy, happy and more prosperous than my parents. The “self-made man”, the “sky’s the limit”, “you can be whoever you want to be”; we have myriads of ways of putting this basic, idolatrous principle: I can determine my own identity and destiny, I am the master of my ship, I can determine the course of my life. Many times, such insane attitudes lurk in and maybe even drive our hearts, even while we claim and pursue Christ.

A look into this particularly American insanity should lead me to ask heart-searching questions of myself: How much have I determined, apart from God’s revelation, who I am or how my life will go? How much have I grumbled against the Lord when things don’t go as I expect (i.e. demand)? How do I respond when the dreams I were certain would come true are crushed or threatened? How often am I surprised by trials and struggles, when they are in fact promised to me (1 Peter 4:12, John 16:33)? And more importantly, do I really know and love and meditate on who I am in Christ? Do I live as God’s child? Do I identify with Jesus, both in his life and in his death?

So much of the Christian life flows from denying self-determination and appropriating the identity that God has given us in Christ. Two great “therefores” in the Bible illustrate this principle. Romans 1-11 describes the greatness of the Gospel of Christ, and then Romans 12 begins its moral instruction in light of that great Gospel. Ephesians 1-3 is almost exclusively descriptive—“here is what God has done for you in Jesus”—and Ephesians 4 begins “therefore I…urge to walk in a manner worthy of the calling you’ve received”. Walking worthily of Jesus and worshipping as a living sacrifice flow from understanding the Gospel and understanding who God has made us in the Gospel.

Believers have a glorious identity that flows from the Gospel. We are forgiven (1 John 2:12), cleansed and washed from sin (1 Corinthians: 6:11), our sins not counted against us (Psalm 103:10-12, 2 Corinthians 5:19). We are made a new and holy people for God’s own possession (1 Peter 2:9). More than that, we are sons of our Father in Heaven who delights to give us the Kingdom, knowing that even trials are discipline from His loving hand (Luke 12:32,Hebrews 12:5-8, Proverbs 3:11-12). We are co-heirs with Christ (Galatians 4:7, Romans 8:16-17), who will inherit a redeemed universe and reign with Jesus on the earth (Revelation 5:9-10). Actively placing faith in this identity will help us walk through life with joy, confidence and comfort, regardless of our circumstances.

But as we leave a time where Christians have enjoyed cultural prominence (or at least tolerance) and enter a time where we may have to courageously face great opposition, we need to be reminded of other aspects of our identity in Christ.  We are strangers and aliens in the world, elect exiles, not at home but awaiting a future home, citizens of a heavenly Kingdom (1 Peter1:1, 2:11; Hebrews 11:13-16). We can expect persecution, trials, and the hatred and slander of the world in this life, just as our Master did (2 Timothy 3:12, John 15:18-19, Matthew 5:11-12, Matthew 10:22). We may be physically defeated and killed by the evil Dragon before the King returns to avenge us (Revelation 6:10, 11:7). We must experience union with Jesus in His sufferings if we expect to attain His resurrection (Philippians 3:10-11). We are not perfect (Phil 3:12), but must strive and bring our bodies into discipline if we expect to attain the prize of eternal life (1 Corinthians 9:27).

God has ultimately, gloriously, and finally answered the great question “Who am I?” in the Gospel of Christ. He has given believers an identity that is both immensely comforting and immensely helpful in every circumstance in life and particularly in the uncertain days in which we live. The current issues in the news reveal people who are desperately in search of identity and destroying themselves in the futile attempt to find it apart from Christ. Let us not mock, ridicule, or merely bemoan the self-determining insanity in our culture, but hold out its cure: the true and glorious identity that God offers all in the Gospel of Christ.