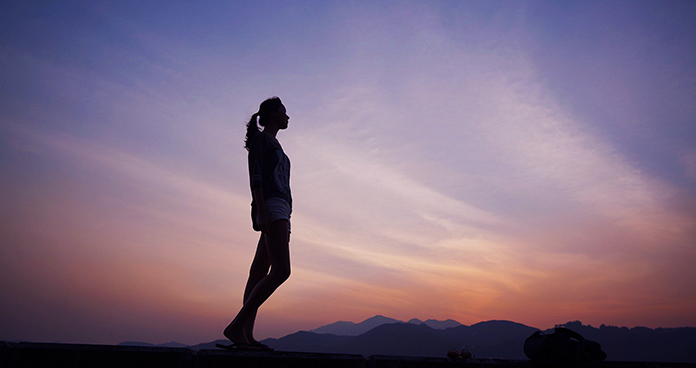 The topic of identity shows up all the time. In meeting new people, introducing yourself, and getting to know someone we talk about our identity (i.e. who we are). Conversations usually begin with a line of questioning resembling “Hi, what’s your name?” followed by “What do you do?” This, by the way, is a question everyone wants to be able to answer proudly and promptly (as if your self-worth correlated with your profession). But “Who are you?” can be a tough question to answer. The initial difficulty with formulating a proper response is due to how vague the question seems. Do you give your name and show your driver's license? “See? That’s me in the picture.” Do you answer with your line of work? “Oh me? I’m an accountant.” Or do you reply with a general description? “I’m a man. Caucasian. Citizen of the United States.” Of course, in everyday conversation people are not looking for responses like these. But whether we notice it or not, we are constantly working to identify people (ourselves included). For example, we will take a glance at someone’s appearance and begin to form conclusions about what we think they are like. In an election year such as this one, attempts to identify people happen all the time. Those who can vote are categorized as man, woman, black, white, Latino, Protestant, Catholic, etc. But do any of these descriptions actually tell us who we are?

From the outset, the Bible has much to say on the subject of human identity. Genesis 1:27 recounts how “God created man in His own image, in the image of God He created him; male and female He created them.” This verse speaks volumes more about our identity than a driver's license or W-9 form ever could. If you believe this verse is true, then you believe every man, woman, and child - every single human being to ever exist on this earth, was made by God, in His likeness. And if you understand this truth about who we are, then you understand that every single person is worthy of dignity, honor, and respect because of their status as an image-bearer of God. C.S. Lewis contends, “There are no ordinary people. You have never talked to a mere mortal. Nations, cultures, arts, civilizations - these are mortal, and their life is to ours as the life of a gnat. But it is immortals whom we joke with, work with, marry, snub and exploit.” Lewis goes on to explain that this doesn't mean we are to go through life stern and somber. Instead, those who can recognize the extraordinary identity imparted to human beings by the Creator of heaven and earth are given the opportunity to understand one another in the most honest and genuine terms possible.

But as it stands, most of us go through life incognito, having our true identity concealed by culturally-imposed values such as our appearance, our job, and even our sexual orientation. In a delightful (and easy to read) book entitled Awe, Paul David Tripp says, “If you forget who God is (i.e. you misdirect your awe), you will not know who you are as his child (i.e. you will lose your identity), and you will look horizontally for what you have already been given vertically.” This is what the identity issue comes down to: forgetting who God is means that we will fail to understand our true identity which will lead us to find our value in the things of earth rather than the One who created the earth and everything in it. We see this happen throughout the Scriptures as well. Adam and Eve exchanged the promise of God for the false hope of some fruit as told to them by the serpent (Genesis 3:1-7). Paul, writing to the Romans, explained that people (despite seeing the plain evidence of God) exchanged the truth about God for a lie and worshiped and served the creature rather than the Creator (Romans 1:18-32). This is something we must continue to deal with. We wake up each morning with ambitions, desires, and demands (either self-imposed or culturally-influenced) that compete for our time and attention. The man who believes his ultimate happiness can be found through his bank account is the same as the woman who believes her true purpose can be found in getting pregnant. The two of them are not much different from the teenager who believes they can find satisfaction and fulfillment through a sexual relationship. In all of these examples, the hoped-for source of joy (idol) is not the problem. It is the misplaced hope of false identity.

Jesus tells us that, “The thief [Satan] comes only to steal and kill and destroy” (John 10:10). Exchanging the truth of God for cultural lies and false hopes and finding our purpose and identity anywhere outside of the understanding that we were made in the image of God will always lead to ruin. But, here’s the good news. Jesus came so that “they may have life and have it abundantly.” Understanding that your identity is based on the infinite, eternal, and unchanging nature of who God is will change the way you live your life, help you interact more authentically with others, and give you a better understanding of who you are than anything else the world might offer.