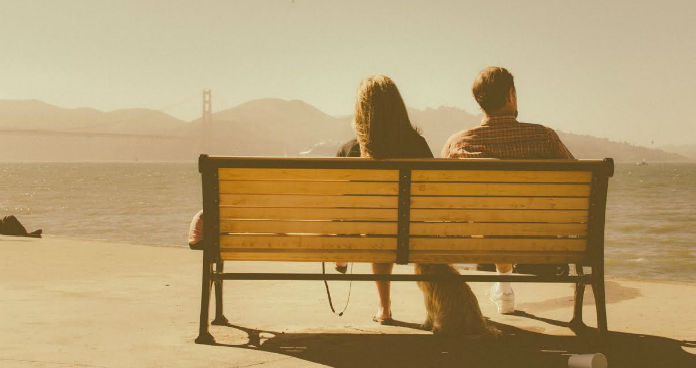 On September 9th, 2015 USA Today ran a story with the following headline, University of Tennessee president: Gender-neutral pronoun controversy 'like nothing I've seen’  Joe DiPietro said the controversy over a since withdrawn web post from the University’s Office of Diversity and Inclusion is the biggest one he’s faced since becoming president in 2011.  Students were encouraged to participate in making the UT campus welcoming and inclusive for all by using new gender neutral pronouns such as ze, hir, zir, xe, xem and xyr.

One distinctive of ECBC is that we are complementarian. He and she are just fine.  It is in our statement of beliefs, The Baptist Faith and Message. In it we read this, “He created them male and female as the crowning work of His creation. The gift of gender is thus part of the goodness of God's creation.” (Article III) We believe that men and women are “of equal worth before God, since both are created in God’s image.” We also believe that men and women are given complementary roles in the home and the church.

To make sure that people at ECBC know what the Bible teaches and how to apply that teaching as we live out the complementary roles, we are offering the Sunday Morning Bible Class “Biblical Manhood and Womanhood” at 11:00 in room B226.

In a society where the biblical idea of gender itself is up for grabs, the idea of God given gender roles is seen at best as a quaint idea from another era to be discarded by thinking people outside the church.  At worst it is seen as a system of oppression to be opposed by any means necessary.

In other parts of our country, Bible-believing churches and denominations have been in heated debate about gender roles since the early 80s. A significant number have embraced evangelical feminism, also called egalitarianism, as an alternative to the complementarianism we practice.

This topic is not going to go away as long as there are men and women.  Do you embrace our church family’s beliefs and practices regarding gender roles because you are convinced that it is what the Bible teaches or simply because it is traditional in these parts?

Take a moment to see if you can answer these questions:

Do you know how to answer those questions? Could you answer a friend or family member if they asked you for an answer to one of those questions?  How would you respond to your spouse or child if they read a book by a Christian author advocating evangelical feminism which teaches that God does not prescribe complementarian gender roles?

The discussion at UT about using general neutral pronouns was preceded many years ago by discussions of the difference or lack of difference between men and women.  Bruce Jenner was attending an evangelical church in California a year and a half ago.  Knowing what the Bible says about manhood and womanhood will help you live out God’s good design for your gender which brings him glory and our families and church health and impact.

Join us at 11:00 on Sundays in room B226 for our Biblical Manhood and Womanhood class.