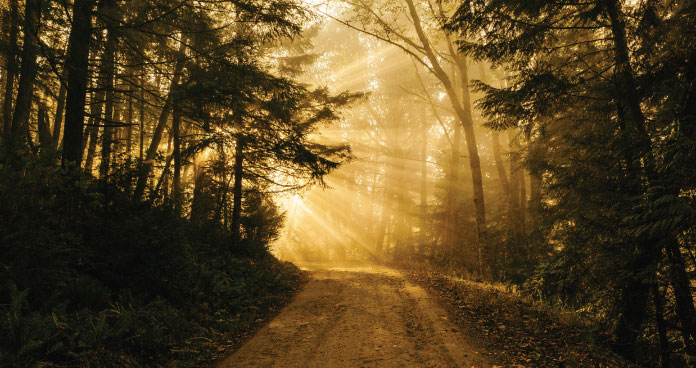 This blog post is in a series of posts designed to help Christians develop a proper heart posture, lifestyle, and method for evangelism. This particular post is part three of “Pathways to the Gospel”, which are conversational truths designed to prepare particular people to hear the Gospel.

The resurrection pathway is another pathway to help a skeptic, seeker, or someone far from God consider Christianity and the claims of Christ based on the unique-among-all-religions historical evidence about the main validating event Christianity proclaims—the resurrection of Jesus. This pathway seeks to bring that historical evidence to bear on a skeptic’s conscience, encourage them to consider Jesus, and perhaps help them see that they reject Jesus not for intellectual reasons but for moral ones. There is one key text to this argument (1 Corinthians 15:6) and one key general argument (the apostles wouldn’t have died for the Gospel if its primary truth, the Resurrection, was a lie).

The Resurrection Pathway in Conversation:

Sharer: Are you a church person? Did you grow up in church?

Unbeliever: No I didn’t, and honestly, I don’t think religion is that helpful or useful. I think men have made it up to control others.

Sharer: Well let me ask you this: if there was a man who truly died and truly rose from the grave, and claimed to have the power of life and death over all people, would you consider listening to what He says about God, life, and death? Would you want that man to be your friend or enemy?

Unbeliever: Well, if that really happened, maybe if I saw it, I would listen to that man, want him to be my friend and not my enemy. But if you’re talking about Jesus, I don’t believe He really rose from the grave.

Sharer: Have you ever examined the wealth of historical evidence for His resurrection?

Sharer: (Jokes) You mean besides the fact that we set our clocks to Jesus? I’m just kidding. And I know you don’t believe the Bible, but let me share with you a Bible verse that might surprise you. There’s a book in the Bible called 1 Corinthians, which almost all scholars, even the ones most opposed to Christianity, affirm was written in the 1st century by the Apostle Paul. In one part of the book Paul is talking about the Resurrection, and he says that Jesus “appeared to more than five hundred brothers at one time, most of whom are still alive, though some have fallen asleep”. What do you think about that verse?

Unbeliever: Well, I don’t believe the Bible is true, so I’m certainly not going to believe in Jesus’ resurrection just because it says so.

Sharer: Let’s just pretend for a moment I agree with you that the Bible isn’t God’s Word. Let’s just say it’s a letter written by a man. Here’s my question to you: If the resurrection was a lie, or a hoax, why in the world would Paul say that Jesus appeared to 500 people—most of whom were still alive? He’s basically saying to these people—if you don’t believe me about the Resurrection, go ask these 500 people! What kind of fool, writing to people who could go to these people and validate or invalidate his words, would write something like that?

Unbeliever: That is interesting. But I don’t think it’s enough for me.

Sharer: What about the fact that Paul, and almost every apostle with him, was brutally martyred for proclaiming that Jesus is Resurrected Lord? If these eyewitnesses to Jesus’ resurrection were lying, or making up a religion to control people, would they really suffer and die for a lie they knew was false?

Unbeliever: That is a little harder to explain. I need to think about that.

Sharer: As you think about it, here’s the really important thing for you today. This same Apostle Paul says in Acts 17 that God is going to judge the world by Jesus Christ, and that He’s proven that to all people by raising Jesus from the dead. The historically witnessed resurrection is God’s proof and signpost to you that one day this same Jesus is going to judge us and determine our everlasting life or death. Would you like to hear about how to be right with Him, how to go from being his enemy to his friend?

Summary and Dealing with Well-Studied Atheists

As I’ve said before, few Gospel conversations will be as clean as the transcript above, but notice that the idea is to present two or three simple but compelling arguments for the historical reality of the resurrection (besides the one above, you could mention the conversion of the Roman Empire—one of the most pagan and immoral world empires in the history of the world—by a bunch of poor, uneducated people who did zero conquering. This is another totally unique feature of Christianity among world religions.). Notice also, that the key text of this pathway, the link to the Gospel, is Acts 17:31, which connects Jesus’ resurrection with Jesus’ coming judgement. The main idea is: if Jesus rose from the grave, He has the power of life and death, and you want Him to be your friend and not enemy.

The reason this method is so effective is that the average person who is skeptical of Christianity for intellectual reasons has never closely examined their intellectual reasons. They’ve never heard about 1 Corinthians 15:6 or considered how unintelligible it would be for the apostles to lie themselves to martyrdom. However, eventually you will encounter a “well-studied atheist”—someone who has studied the historical claims of Christianity, knows all of the atheist arguments, and has them ready at hand to blast at you.

If you encounter this person, do not be intimidated or afraid of them—just intentionally change pathways. Say something like “well, so far I’ve tried to address your intellect. Could I address your conscience for a moment?” A well-studied atheist still has a God-given conscience, and I’ve seen the moral pathway get an atheist to admit that if God judged their life by the 10 commandments they would go to Hell. A well-studied atheist simply cannot argue that nothing in creation is good or beautiful—they enjoy God’s creation every day! (See former posts for these pathways.)

Study these pathways. Master one and put it “in your pocket”, so to speak. Practice it on a Christian friend. Then make a bridge to the Gospel with one of your three, and trust God that these pathways and the Gospel will bear fruit.